The strong odors produced by growing cannabis can be difficult to manage. Described as pungent, skunky, floral, fruity or even “sewer-like,” many neighbors label these odors a nuisance. Created by the plant’s essential oils (terpenes), odors are strongest when the flower is budding. Some odors from cannabis farms have been detected more than a mile from their source.

Complaints of cannabis odors have increased in some areas by as much as 87% since growing marijuana became legal. In Denver, 30% of odor complaints are cannabis-related. Local governments and clean air agencies are now enacting laws and issuing fines (in the tens of thousands of dollars) to limit odors.

Want to learn more about the science behind cannabis odors? Download our eBook to discover the source of cannabis odors and the best methods for controlling them. 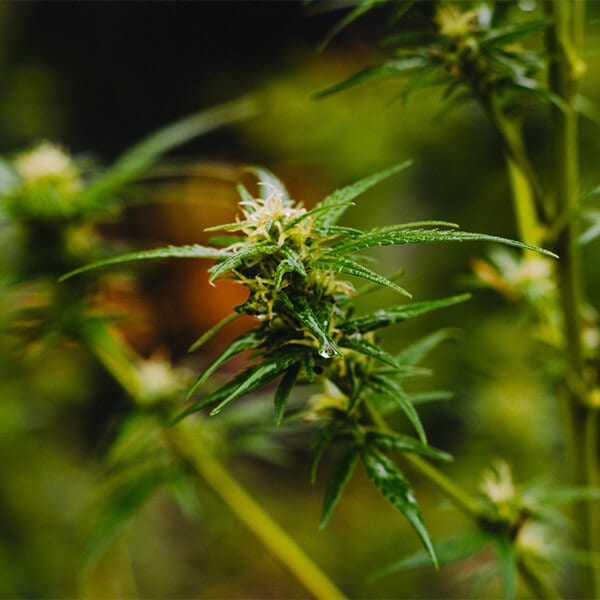 For over 25+ years, Ecosorb has been the trusted solution for organic and inorganic odor removal in many industries. Companies in asphalt production, wastewater treatment, composting and food processing have trusted our products and proven them effective.

Contact us to request a custom solution or learn more.

One supplier, from equipment to product to maintenance.

Ecosorb CNB 100 can be used as constituted or diluted with water, based on delivery method. Distribution systems are placed where exhaust exits a growing facility, eliminating odors before they become a nuisance to neighbors.

OMI manufactures dispersion equipment for Ecosorb using Vapor Phase technology (no added water needed). However, Ecosorb can also be delivered through misting systems from other manufacturers. With our years of expertise and experience, OMI can plan and build custom solutions tailored to any facility, flexible enough to grow with your business.

Note: Ecosorb CNB 100 should not come in direct contact with the cannabis plant, water or growing soil.

Cannabis enterprise needed solution to eliminate any trace of odor