The City of Crystal Lake is located about 45 miles northwest of Chicago with a population of nearly 45,000 people. Like many wastewater treatment plants, urban sprawl and suburban development puts the Crystal Lake Wastewater Treatment Plant near many commercial and residential neighbors, including a high school immediately west of the plant.

Plant managers were forward thinking and wanted to remain good neighbors to those occupying the surrounding area. They wanted to take steps to reduce — and hopefully eliminate completely — any odor issues from the plant.

The Wastewater Treatment Plant contacted OMI Industries to learn more about how Ecosorb® odor eliminating products could be used at the plant. After working with an engineer from OMI, two high-pressure atomization systems were installed.

Each with 20 nozzles for distributing Ecosorb liquid product, one system was installed in the plant influent flume area, and another in the aerated grit removal area. Performance was pleasing enough at the plant that when OMI’s waterless 130 CFM Vapor Phase units became available, one was installed in the influent flume area, replacing the original high-pressure system.

A newer 450 CFM Vapor Phase unit was installed around the aerated grit removal area, with over 900 feet of six-inch vapor line covering grit removal as well as the primary clarifiers. A second 450 CFM Vapor Phase system was installed outside the sludge storage building; it is insulated, heated, and heat traced to withstand fluctuations in Midwest weather. Vapor ducting feeds from the machine into the side of the building, and creates a continuous loop surrounding the building. The equipment runs 24 hours a day, seven days a week.

With Ecosorb products and customized equipment from OMI Industries, the plant was able to continue dredging throughout the summer with no further complaints. 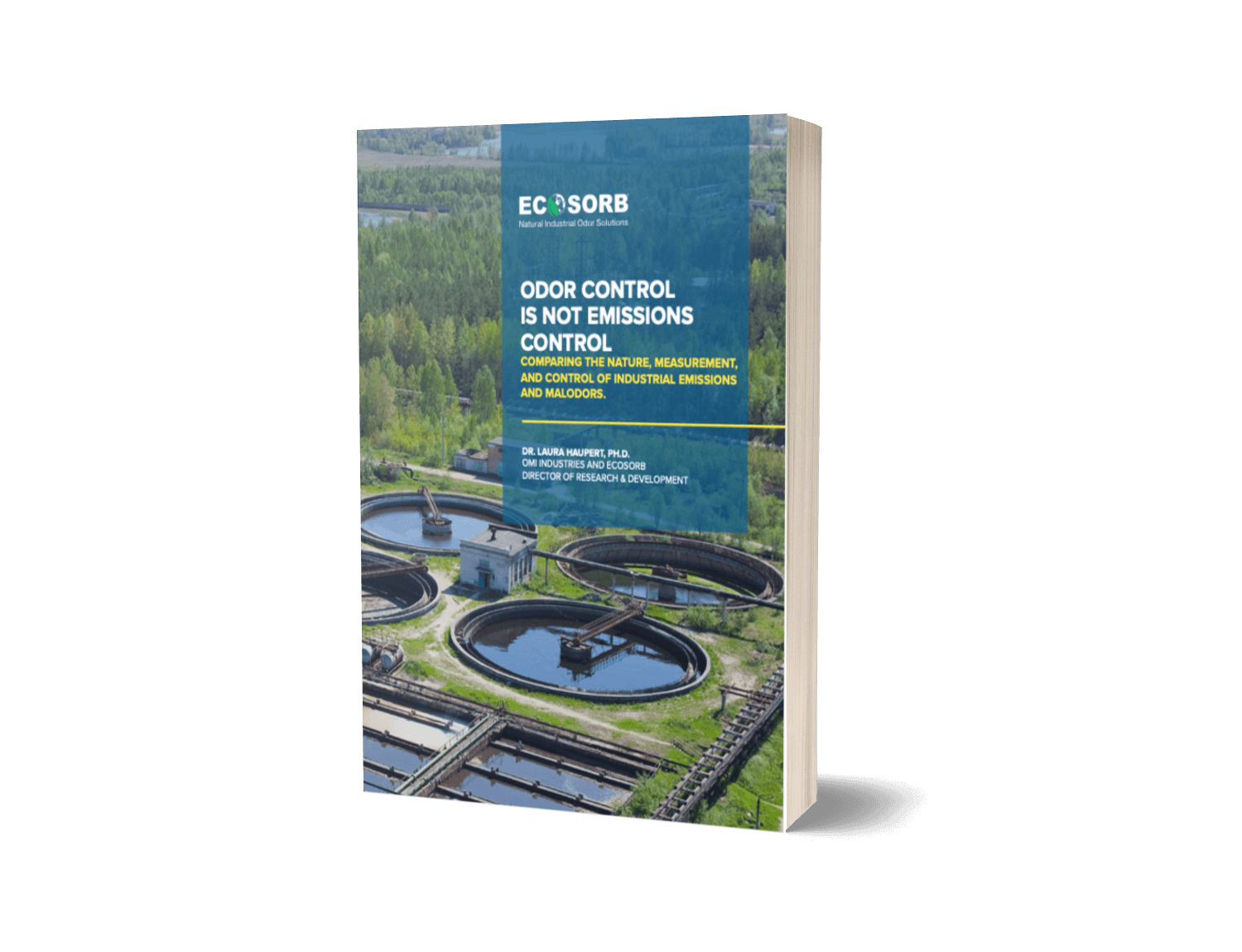 EMISSIONS CONTROL IS NOT ODOR CONTROL
"Clean air" doesn't always mean it's odor-free. Learn how the two differ ... and why they often require unique solutions.
Emissions vs. Odor